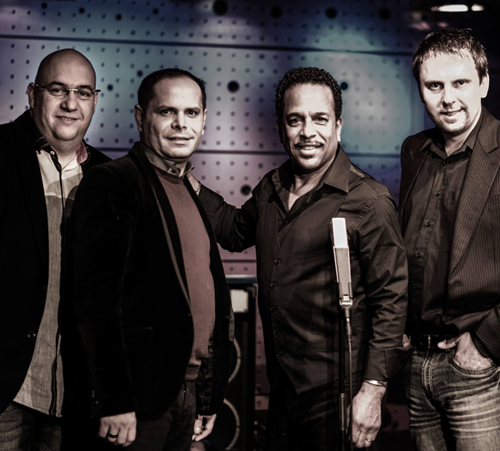 The trio accompanies many artists, one of the most striking being Chuck Wansley – a singer with a beautiful full and inimitable voice.

Chuck Wansley started as a jazz drummer, and at the age of 18 he was touring the world with the band “Up With People”. In 1982 he started singing in New York, sang on albums for Motown and collaborated with other major producers.

In L.A. is known as a “wedding singer” – a singer who can not miss important anniversaries, private parties or solo concerts. For his artistic career he had more than 2,300 concerts from the USA through Paris and Japan to the Hawaiian Islands. He is a guest of various bigbands. Also in L.A. leads his own “Chuck Wansley & big band”.

Although Chuck lives in Los Angeles, he appears more and more often in the Czech republic and Europe. With “Otto Hejnic Trio” he has played several important concerts.